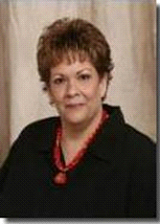 Sometimes something happens that causes you so much sorrow that the thought of taking another breath is painful. Your grief can be so overwhelming that you just feel lost. My name is Jo. On February 19, 2000, Shawn, our only child, was involved in a serious automobile accident. He was 24 at the time and had just gotten married. We had a beautiful new granddaughter and spent a lot of time together as a family. But life as we knew it all ended on that snowy night in February.

Arriving at the hospital after being notified of the accident seems almost surreal now. I remember running through the emergency room frantically calling his name and being urgently directed to the elevators in hopes that we could see him briefly before they rolled him into surgery. I remember the elevator doors opening. I will never forget the sight of a gauze-wrapped bloody body stretched out on the gurney. I wanted to go to him, hold his hand and tell him everything would be fine, but I simply froze in that elevator. My husband rushed to his side, and with every bit of strength that I could muster, I whispered, “Tell him I love him.” In the hours immediately following the accident, Shawn was revived three times in surgery and given last rites. The hospital Chaplain asked if we had a funeral home preference, and Shawn was put on the donor list. I was being encircled by a reality too big for me to comprehend.

Shawn was transferred to the Neurological Intensive Care Unit and we were advised that we could see him. As my husband and I approached his room I tried to prepare myself. I know now that no amount of preparation could have made that moment less traumatic or less painful. There was my son, lying lifeless in a coma, broken and bandaged, surrounded by machines, and his head swollen so large that his ears had disappeared in the swelling. Thank goodness I didn’t know the complete extent of his injuries at that moment or what lay ahead.

The first few weeks after the accident were spent just keeping him alive. Brain pressure had to be released through surgery, a lung collapsed, he developed an infection, he had exploratory surgery because he was losing blood, and a severely broken leg needed to be repaired. The trauma continued. Slowly Shawn started to emerge from his coma. The first bright light we had seen in weeks. But the light dimmed as we cautiously learned the magnitude of his injuries. Aside from the massive facial injuries, Shawn was blind and suffered from a Traumatic Brain Injury.

The extent of recovery was unknown. Over time some of my memories have faded, however, there are always certain moments that are etched in my life forever. As Shawn continued to make progress, he was moved to the next level of rehab. Still deep in brain injury fog, he turned to me and said, “Would someone take this mask off my face, I can’t see”! I looked at my blind, brain injured son and cried.

Soon Shawn was physically well enough to participate in more rehab and was moved to a new unit. He immediately started on an aggressive rehabilitation schedule. As the weeks went by and his strength grew, he was released to a private residential rehabilitation facility. It was there that the real healing began. No longer consumed with his survival, we were forced to confront our fears and sorrows. Healing was a painful process and there were many days where I wanted to quit and forget that this horrible tragedy had happened to us. But we chose to fight our way through.

As I look back over the last seven and a half years since Shawn’s accident, I am amazed at how resilient the human spirit actually is. While the road to recovery has been life altering for us all, our lives have become normal again. Not the old “normal” that felt so safe and secure, but a “new normal” that reminds us every day of just how fortunate we are. We laugh, cry, feel, and live more, and we take less for granted. We are not the same family we were seven and a half years ago, but we are still a family. Our strength as a unit is so much stronger than our individual fears. We survived, and we’re choosing to live happily ever after.